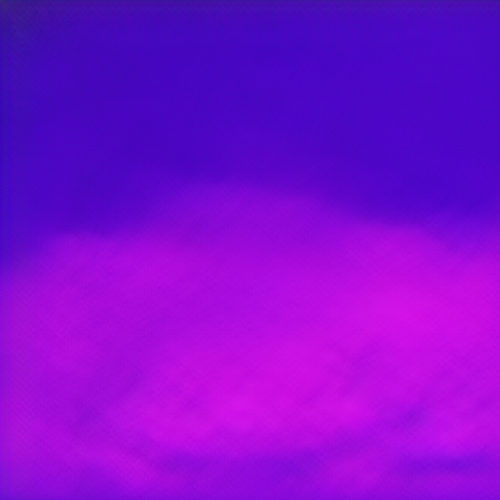 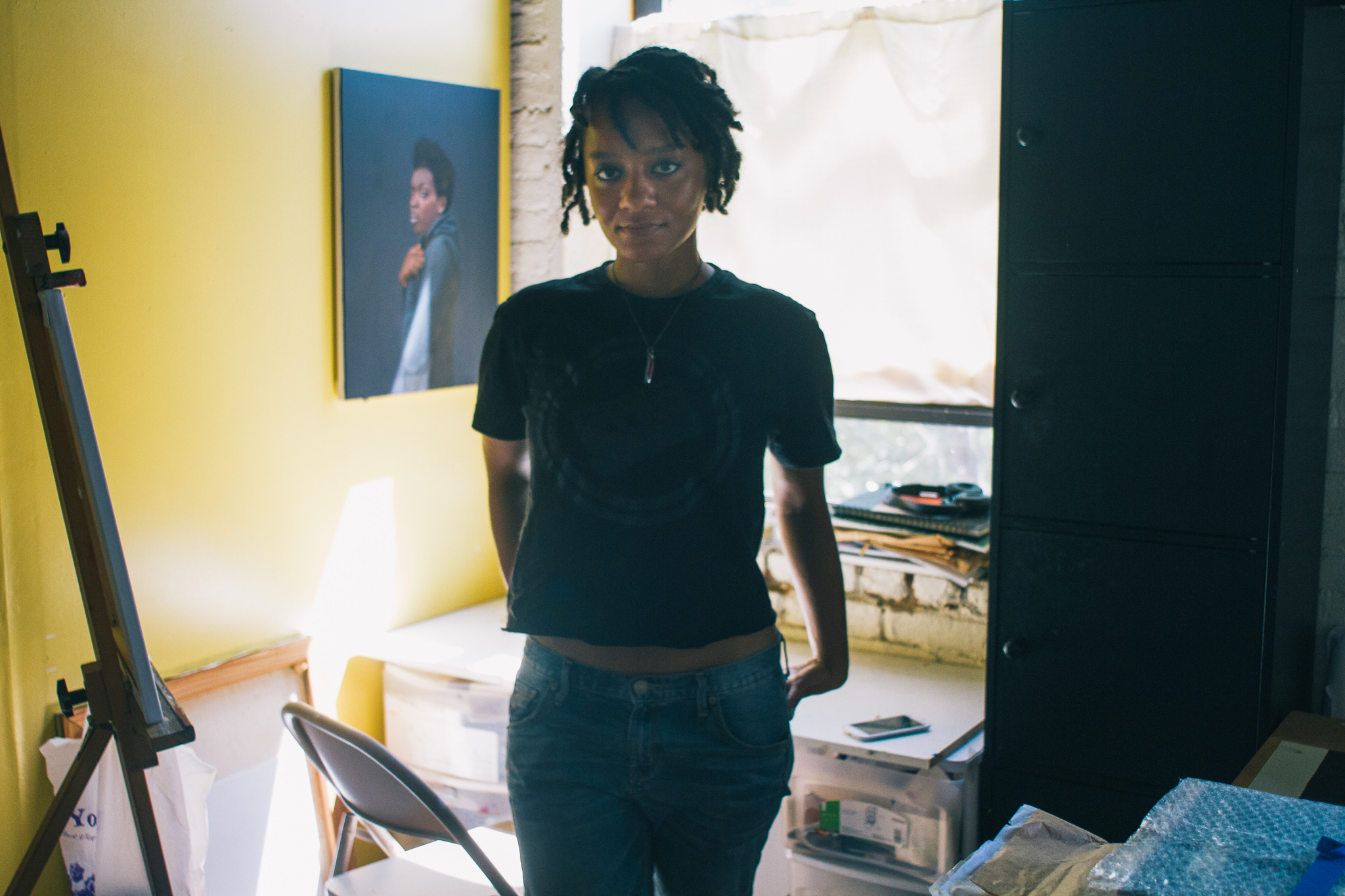 Tatyana Fazlalizadeh is reclaiming public space with defiant portraits plastered on buildings across the U.S. Part of an ongoing series, “Stop Telling Women to Smile,” these portraits are derived from interviews Fazlalizadah has conducted with women from all over the nation on their personal experiences with gender-based street harassment.  Powerful statements accompany each drawing, culled from the stories that the interviewees have shared with Fazlalizadah—some read, “my name is not baby, shorty, sexy, sweetie, honey, pretty, boo sweetheart, ma,” “women are not seeking your validation,” “critiques on my body are not welcome” and “my masculinity is not a threat to yours.”  “Stop Telling Women to Smile” has elicited a strong national response—spurring conversations on gender, race, autonomy and misogyny—since its 2012 inception in Brooklyn.  Fazlalizadeh traffics in the dialectics of power with her work, highlighting that catcalling is not about pleasure but, rather, control. We recently sat down with the now very-much-in-demand artist (her work has been featured in The New York Times, The Guardian, the Huffington Post and Beautiful Decay Magazine as well as on CNN and The Melissa Harris-Perry Show) to talk with her about her daily routine:

Fameless Quarterly: How do you begin your day? Do you have any morning rituals that are particularly important for preparing you to engage with the sometimes-difficult subject material you work with day-in and day-out? Tatyana Fazlalizadeh: I'm working on making a better morning routine. I've never been a morning person but I think I'd be more productive and have more successful days if I had a better and earlier morning routine. I usually wake up, drink some water, open my laptop, and start tackling emails. Some days I wake up early and go to the gym, come home and begin painting.

FQ:  Walk me through the rest of your day. Your project has received a good deal of media attention and you are expanding "Stop Telling Women to Smile" to be more participatory--spread over various locations in the U.S. You must be busy! TF: The rest of my day sort of depends. If I'm working from home for the day I'll possibly be doing one of a few things: working on back-end, administrative stuff, or painting. I prefer to paint during the morning and day, so sometimes I'll wait to handle work that's done on my computer until the evening. Some days I have phone or in-person meetings, some days I work in a local coffee shop, some days I'm out on my bike running errands. Being a freelance artist gives me the freedom to have days that widely differ from each other.

FQ: So much of your work deals with the basic ability of women to have autonomy of movement, free from harassment. Prior to this project in what ways did street harassment affect how you proceeded with your daily routine? Has that changed since you began "Stop Telling Women to Smile"? TF: The thought of street harassment doesn't really affect my daily routine. While some days I do take a moment before leaving the house because I know my outfit might elicit some unwanted attention, I still leave my house and go about my day. The act of street harassment is what affects me once it happens. It can affect my mood but it still doesn't interfere with my routine. Since STWTS, I've become more assertive in responding back to men who harass me. Responding gives me a feeling of empowerment.

TF: Right now, I'm doing more pasting than interviewing. This year I've spent a lot of time in other cities meeting many women, interviewing and photographing them. I still have a lot of potential portrait subjects from all of these cities that I'm working through. I've accumulated a lot of content, and now the more important part is getting that work out to the public. I don't dedicate certain days to pasting, as long as I'm going out and doing it consistently.

FQ: Your preferred medium, and what you have always worked in prior to this project, is oil painting. Do you still have time during your day to work on painting or has your focus completely shifted to the "Stop Telling Women to Smile" project? TF: I'm a freelance illustrator so I'm always painting. STWTS requires a lot of administrative work that takes up some of my day, but I'm still very much painting.

FQ: You have made a conscious effort to include representations of women of color in your images. You have stated in the past that this is a result of your experiences as well as a way to include women of color in a feminist conversation--especially since, historically, they have been left out of these discourses. As you have continued to work on this project and have conversations with women about street harassment what more have you learned about the intersection of race and street harassment as well as race and feminism? Has this changed the way you approach your project? TF: I've learned that not everyone is harassed in the same way and that there isn't a standard definition of what harassment is. What a young black woman who lives in a black neighborhood experiences will be different from what a white woman who moves into that neighborhood experiences—or, the experiences may be similar but the perspective on harassment is very different. That's why when it comes to race and feminism, it's important for all voices to be heard and listened to. It's the reason why I'm now trying to curate the subjects in the project even more. Street harassment may happen to everyone but the way that is occurs will differ if you're a 16 year-old Latina from Brooklyn, versus a 23 year-old queer Santa Monica student, versus a 50 year-old black woman from South LA.

FQ: During your day do you often encounter men who are interacting with your art? If you do, what are their reactions to the project like? TF: No. I never see men interacting with the art. I spread these pieces out so I'm not often walking past them unless I've put them in my neighborhood. These, I don't see people interacting with them—but I do see how they evolve over time. Sometimes pieces of the work get ripped away; people write on them; street artists add slaps to them, etc. But I don't usually see anyone stopping, looking, and reacting—though I know that does happen.

FQ: Some of the pieces you have pasted around the city have been defaced. Do you replace those pieces with new work or do you leave the defaced pieces so that people can see the misogynist statements written on them? TF: I don't replace them. I let them live there as long as they can. I might revisit the same spot months later after the first piece has gone but, I don't replace them simply because they've been defaced. They are consistently defaced and that's not something I can really prevent from happening. I do think it's important for people to see the defacement because it usually highlights the point of the work—that women's bodies are abused in public spaces.

FQ: Speaking of place and autonomy of movement--do you have any favorite spaces in the city? TF: I'm kind of an outdoors girl, even though most of my time is spent indoors. I like being in the park or at the beach—I love Prospect Park and visiting different beaches. I work in coffee shops often and have a few favorites that I go to. I also love riding my bike around Brooklyn and discovering different neighborhoods.

Tweet
Words by
Rachel Fagiano
--
for the
Pleasure
Issue
Do stories and artists like this matter to you? Become a friend of Fameless Quarterly and support independent arts publishing. Join a community of like-minded readers who are passionate about contemporary art, and get exclusive access to interviews, partner discounts, and event tickets.